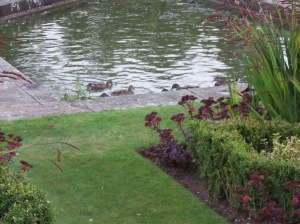 One afternoon/early evening, late September, we’d both been cooped up all day for various reasons and as it was going to be a fine evening, we decided to take a walk around our favourite estate, Lilleshall National Sports Centre. We were on the cusp of autumn, the leaves were changing and the days were growing shorter, but we decided we’d have plenty of time before the light disappeared and it would be lovely to stroll among the trees at dusk for a change.

When we arrived, the sun was in quite a hurry to reach the horizon, everyone but us seemed to have taken the hint because there was no-one else in sight. I took a few photos, but by the last one below, the light was really fading and I had to use the flash. I thought we were soon going to have to make our own way home.

The ducks were enjoying the fine evening on the lily ponds: 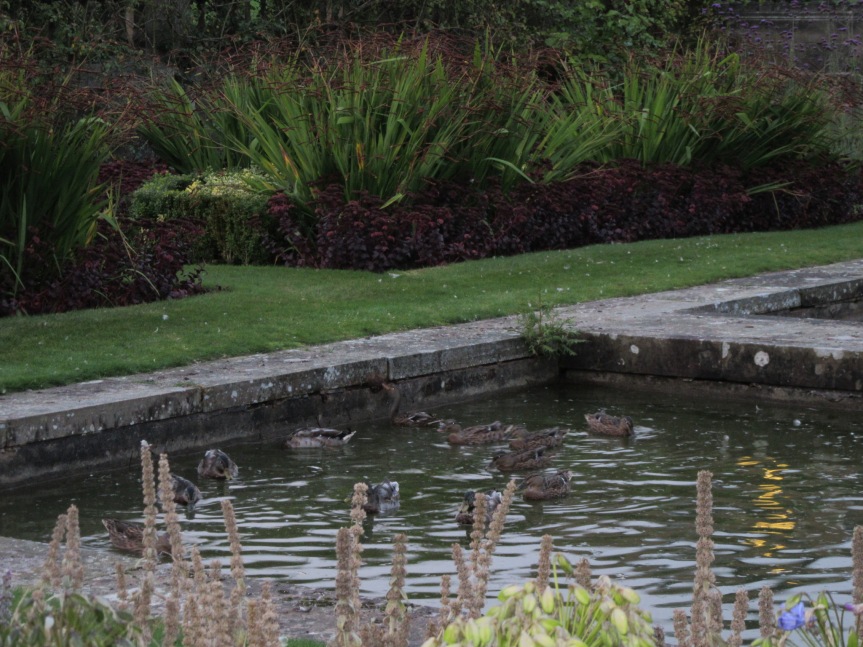 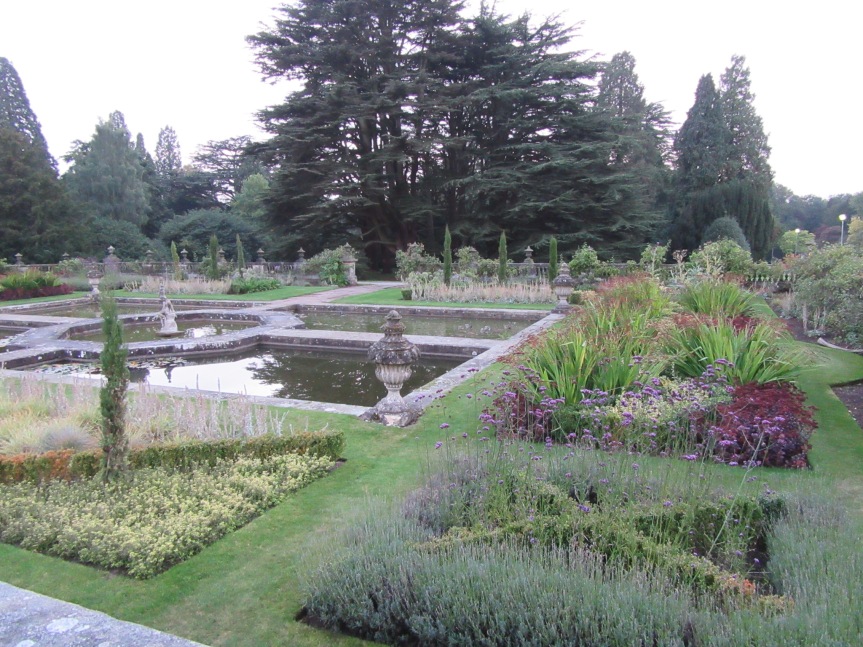 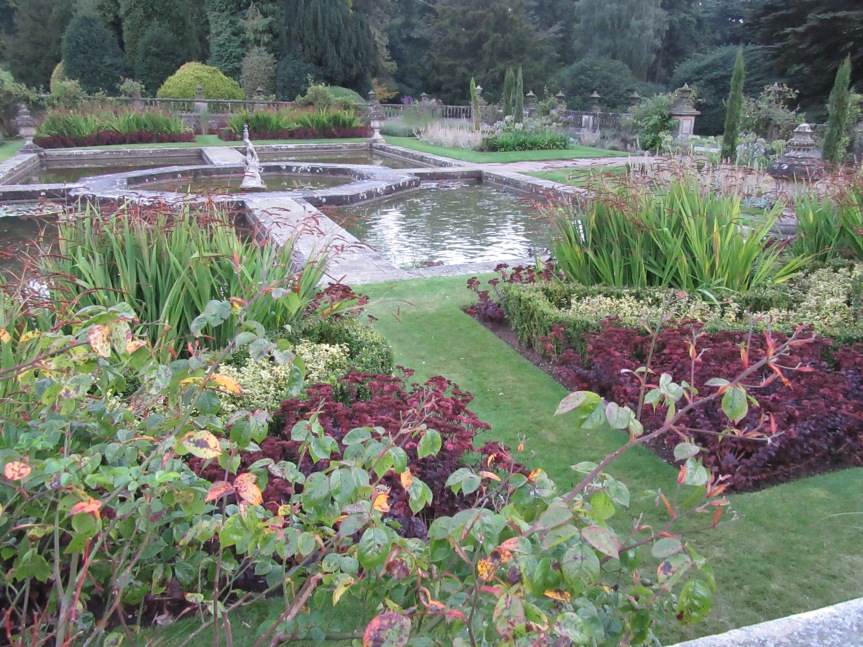 However, just as we were about to turn around, in the distance and off to the side, a large colourful sign caught my eye and I strode off to investigate. It announced the development of a new nature trail:

This was too good to miss! It looked really dark and spooky in there but I couldn’t resist, I was sure we could make it through in what light was left. I wished we had our grandchildren with us, it would have been even more fun. With hindsight, we probably would have lost them and there was no gingerbread house for them to shelter in!

This was what greeted us as we stepped into the woodland: 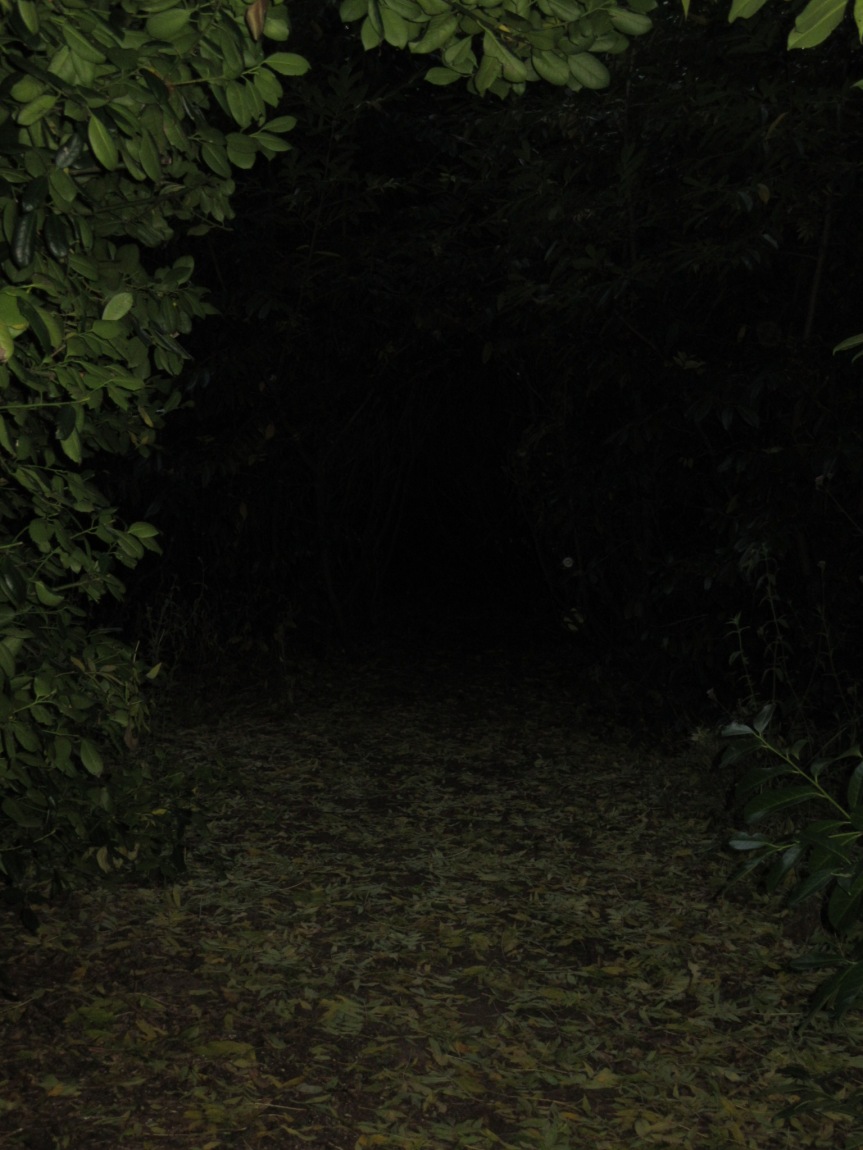 My husband was very reluctant but I left him no option as I marched off into the gloom. It was a bit foolish really, neither of us had torches and we didn’t realise until we did the trail a few weeks later in daylight how many obstacles I could have tripped over and really done some damage: large tree roots and fallen limbs, tree trunks, low narrow wire fencing to prevent people straying off the trail, just at knee height! But I love exploring and off I went.

We came across lots of wooden boxes on trees for bugs, bees, birds and so on and illustrated signs with fun pictures and information about creatures and habitats. This is a bug hotel made from bricks, cardboard, plant pots, straw, pine cones, ferns and pebbles. I used a flash but you can see how dark it was: 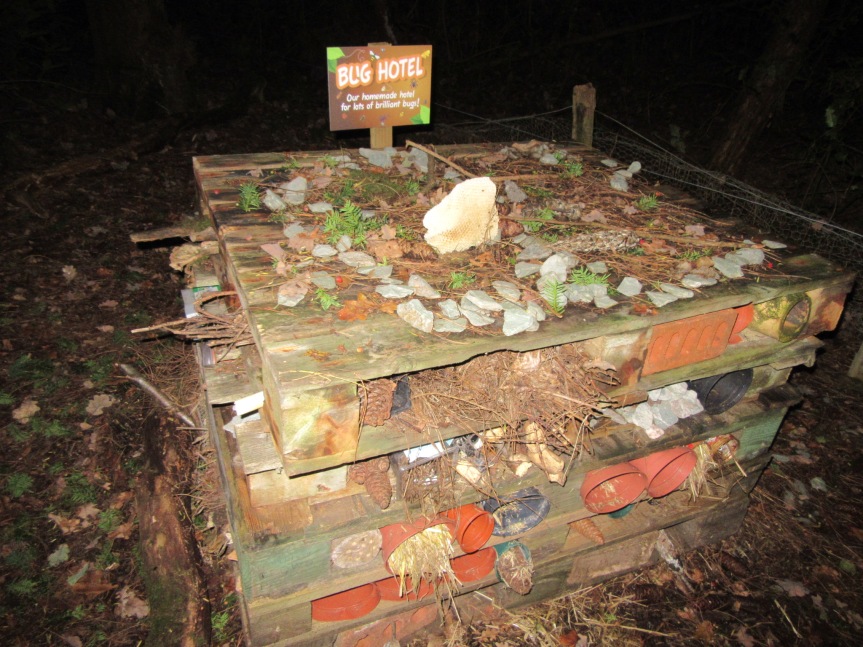 I felt a bit guilty as we realised we were disturbing the birds who were settling down for the night and who knows what other creatures felt invaded by our stumbling feet and stage whispers?

I’ll post some better photos of the whole trail taken in daylight next time, these don’t really do it justice.

By the time we came out, the light had completely disappeared. We discovered on our next daylight visit that we had only experienced about a third of the trail as there are exits and continuing paths all over the estate. Finally, on the way back to the car, this little chap was almost squished under my husband’s size 9s, it was so black out he only saw it at the last moment because a car’s headlights shone over it:

He was in no hurry to move off the road, sitting frozen while I took several photos before he finally hopped off. He was the only wildlife we saw on our first visit to the nature trail!

We had set off in bright evening sun and arrived home in the dead of night an hour and a half later. I never take Lilleshall for granted, every visit shows up new sights and our evening walk didn’t disappoint. It is a little-known oasis of calm and beauty that we are very fortunate to have free access to at any time of day – or evening!

In my recent post, Laughter Really Is The Best Medicine – Paint a Rock & Give a Smile to Someone Who Needs It! I briefly mentioned our woodland walk along the Sustrans* bike track to the canal, where we found the painted rock that made me smile when I was in a lot of pain. I promised another post with the photos I took along the walk. As I always keep my promises, here it is!

First, though, let me explain to non-cycling enthusiasts and readers from outside the UK that Sustrans is a charity that has spent 40 years promoting cycling and walking, whilst constructing a national network of safe bike and walking trails. Recently, we got our own section which runs along the route of a disused railway line. It is easily accessible from several points and family-friendly. Whenever our families visit, they all toddle off on their bikes together, often the only way to separate the teenagers from their screens.

My husband, a serious bike rider, found it particularly useful after his accidents when he was trying to regain both his fitness and his confidence before rejoining club rides on the roads.

I have never seen it before as I don’t cycle (back injury), but one afternoon when my husband had spent most of the day repairing bikes and I was itching to go somewhere, he suggested we drive to one of the access points and walk a short part of the trail.

It was so quiet and peaceful. The tall trees, many of them silver birch, some oak and elm, shaded us from the sun that came out after we had wrapped ourselves up against the chilly breeze and possible showers forecast! 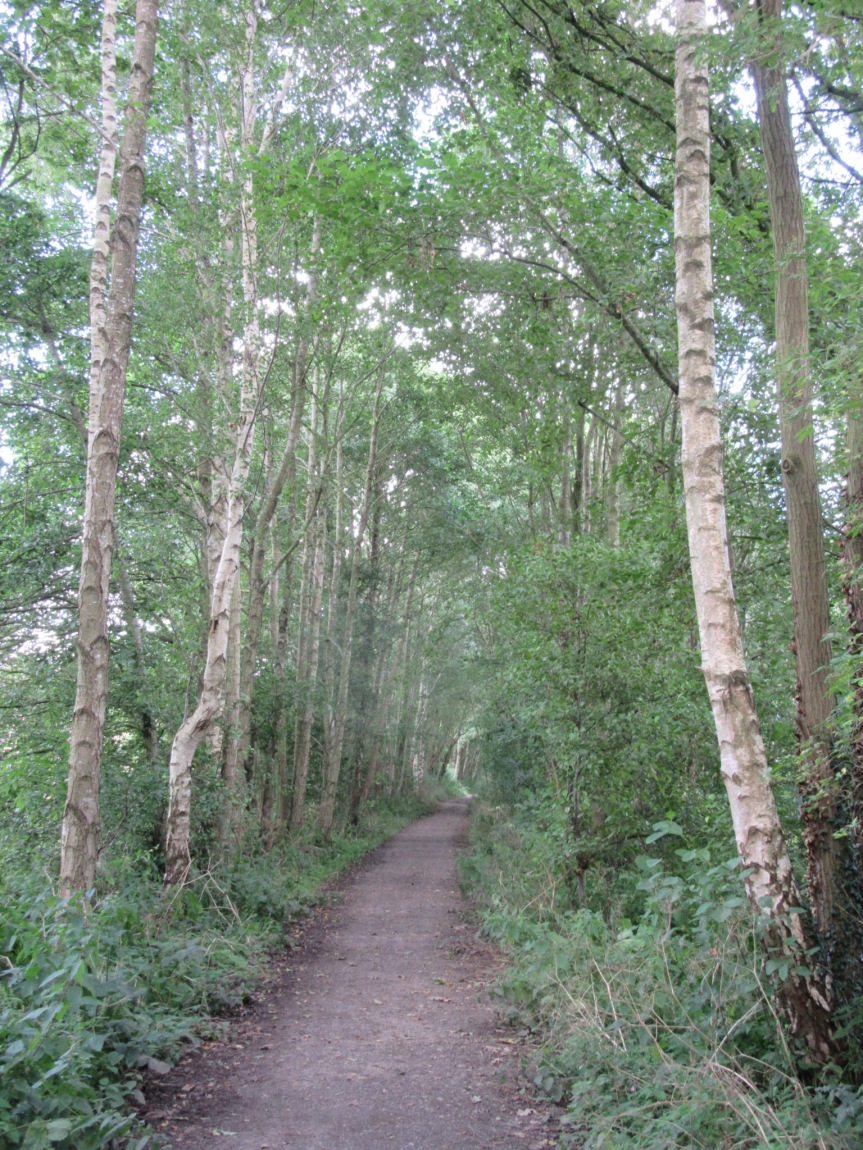 We met a few people along the way: couples walking their (small) dogs (always on a lead), a couple of cyclists, but mostly we were on our own.

Here are some of the photos I took on our walk: 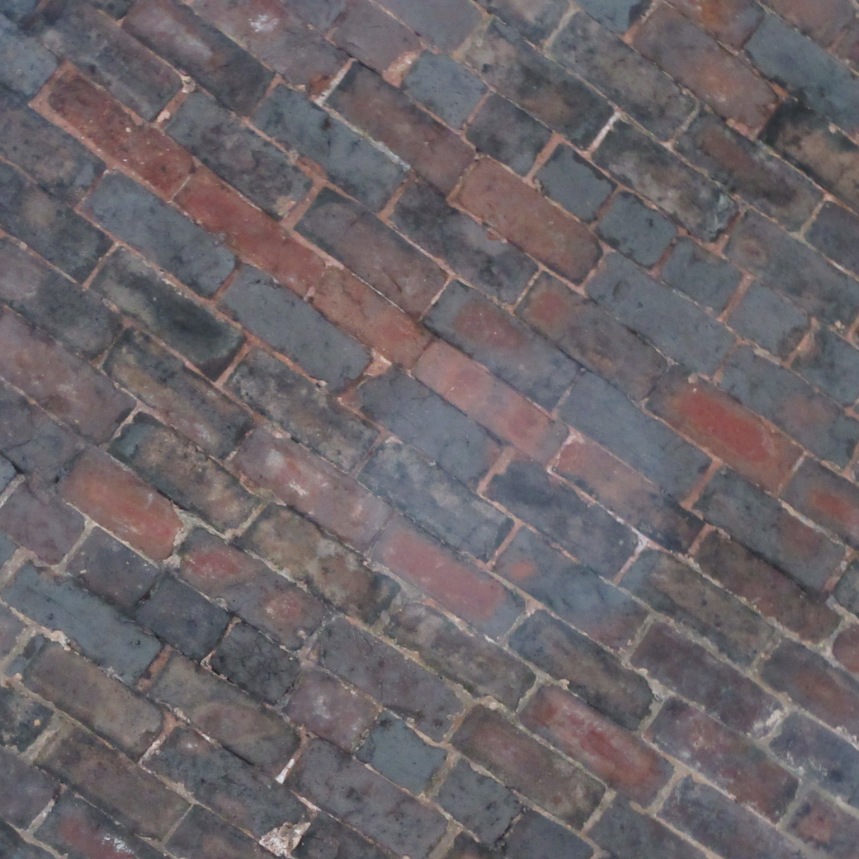 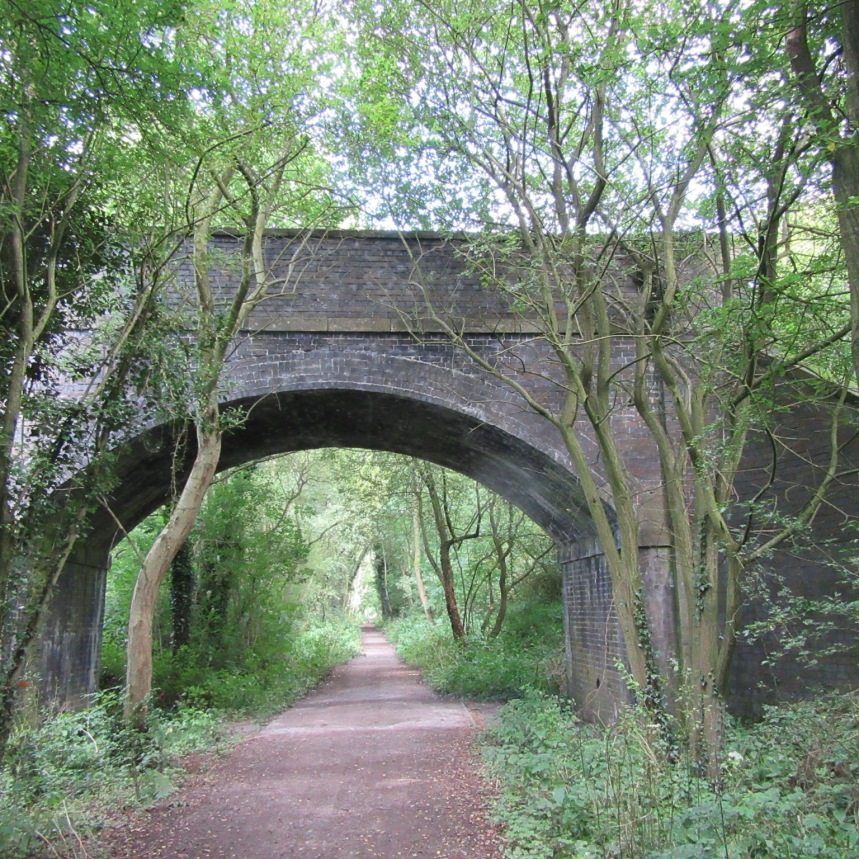 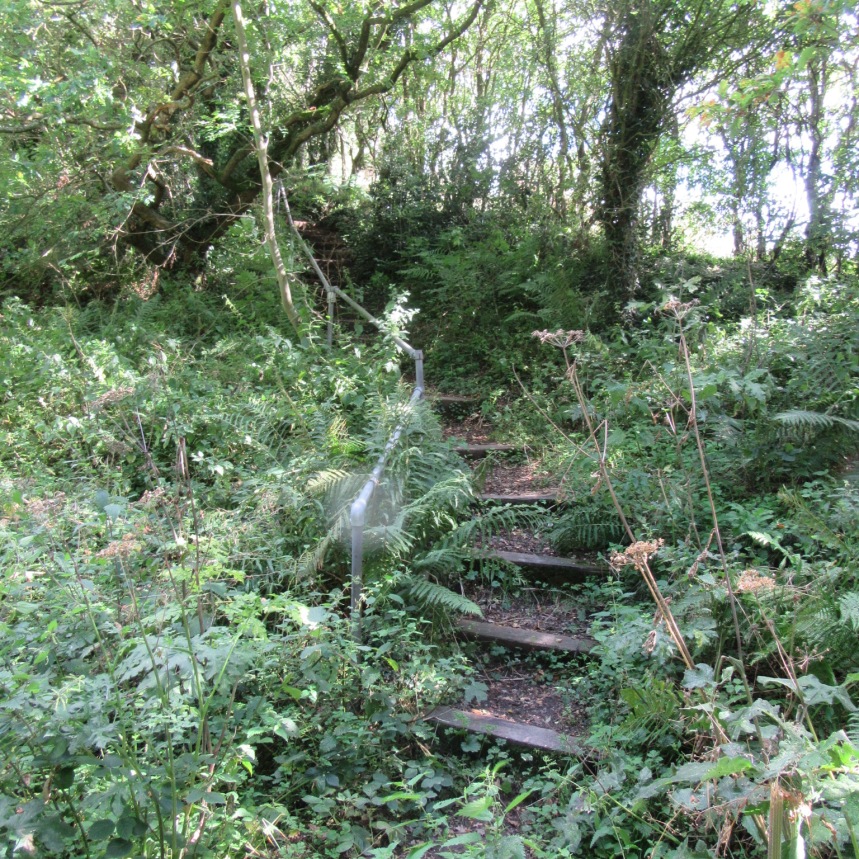 I amused myself spotting the wildflowers I used to tick off in my iSpy books as a child  – do you remember those? Rosebay willowherb, giant willowherb, cow parsley, red campion, elder berries… We don’t see as many now so it was especially surprising to come across a single red clover, I haven’t seen red clover in decades, the white variety seems to have taken over. 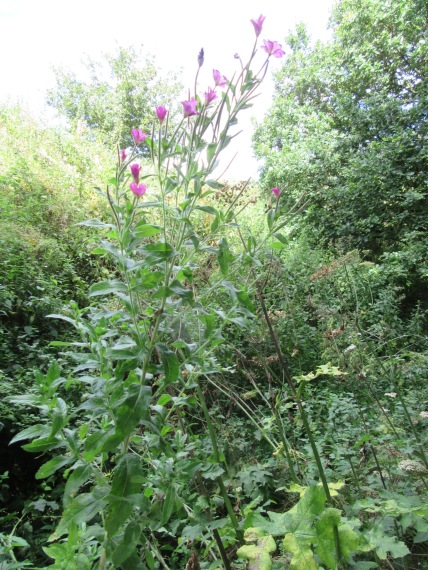 This though, remains a mystery: 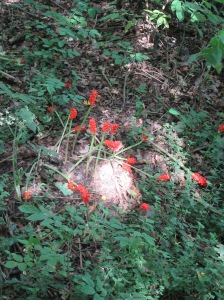 They reminded me of Muscari or Grape Hyacinth but I can’t identify them. The odd thing is, I’ve never seen them before and then a few days later on a completely separate walk, I saw another solitary group.

Eventually, we came to the towpath along the canal, where my back gave in and I found the smiley rock. The mature trees and all the vegetation alongside the sedately-moving barges made for a tranquil setting, with the sun streaming through the branches and reflecting on the still (if a tad murky) water.

I took a few photos of the boats and then slowly – very slowly! – inched my way to the pub nearby to rest, while my husband went to retrieve the car. Despite my over-enthusiasm leading to several days’ bedrest, I had a wonderful afternoon out, meditating on nature, childhood games and family outings. 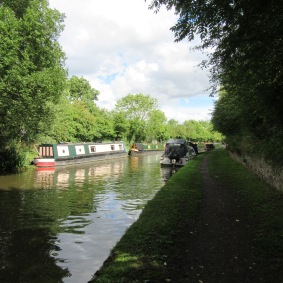 This is how they used to do it in the olden days: 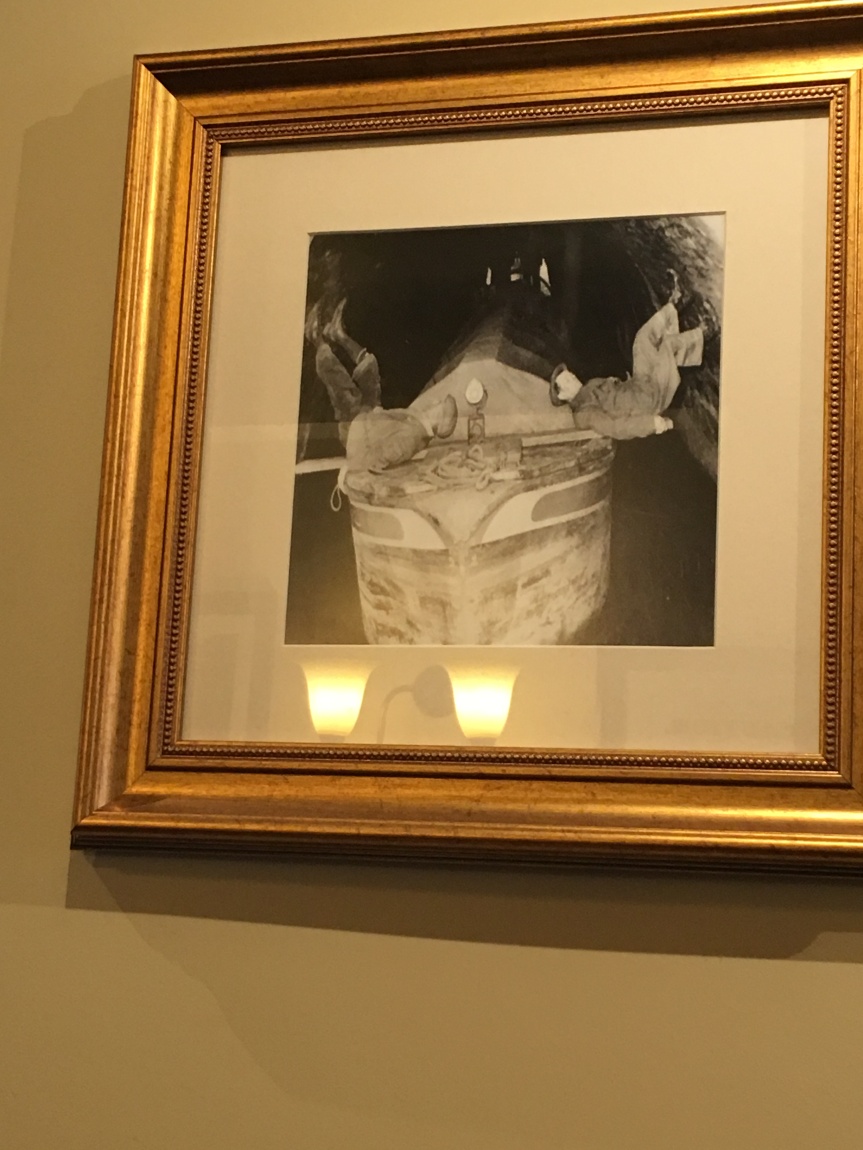 And this is my favourite:

Oh, and the smiley rock? Here’s where I hid it, good luck!

Ps It’s my brother’s birthday today. I can’t imagine him as an aging hippy! It will be my dad’s birthday in a few days. He would have loved this walk, he loved boats too.  I thought of him alongside me, and all the walks we did together and wondered if he was still playing the pied piper leading groups of children in Follow My Leader, with his mischievous smile playing on his face as did a skip or a funny walk.

You Were So Much More Than Your Job: A Tribute to My Dad For Father’s Day