A few pics from our impromptu afternoon out when we were in need of fresh air and space after being cooped up for some time. It was a grey but fine day with no icy winds to sting our faces and make our eyes water, unlike the storms currently battering the UK a whole year later. We did the same walk this week and when I compare the views, it is noticeable how much greener, calmer and more fertile-looking the land was last year. This year there is a lot of mud and debris from all the winds and rain. I’ll be posting the latest photographs in a companion piece later. 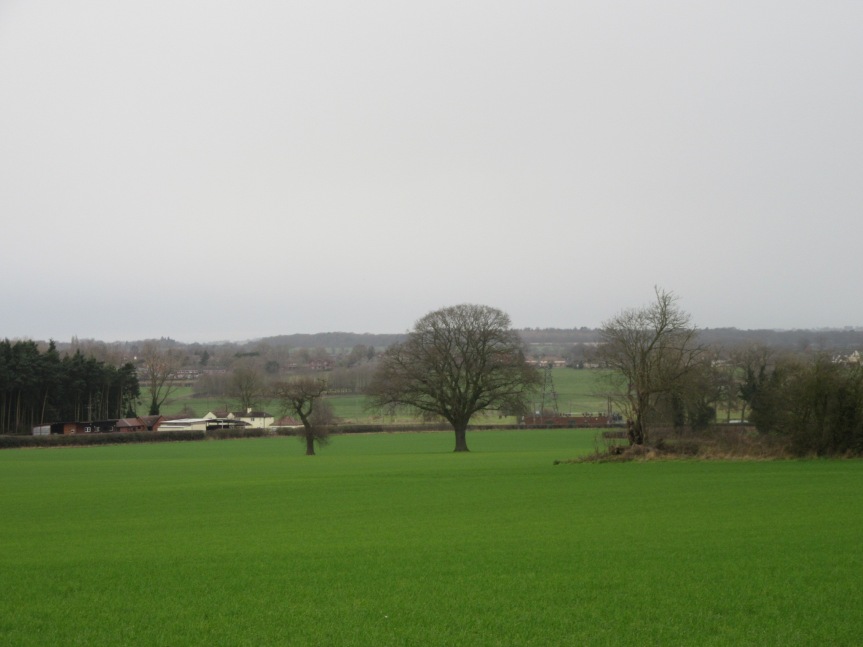 A gnarly old tree, one of many!

Does anyone know what plant these grey pods belong to? 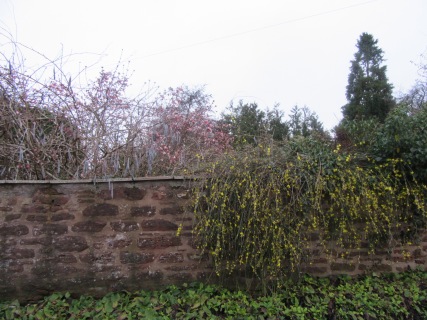 They look like they are from a climbing plant, they were growing next to some lovely yellow winter jasmine overhanging a garden wall and had a few small pink flowers like blossom on their branches. They look like grey broad beans! (A year later, there were hardly any pods, and what there were looked black and shrivelled from the frost). 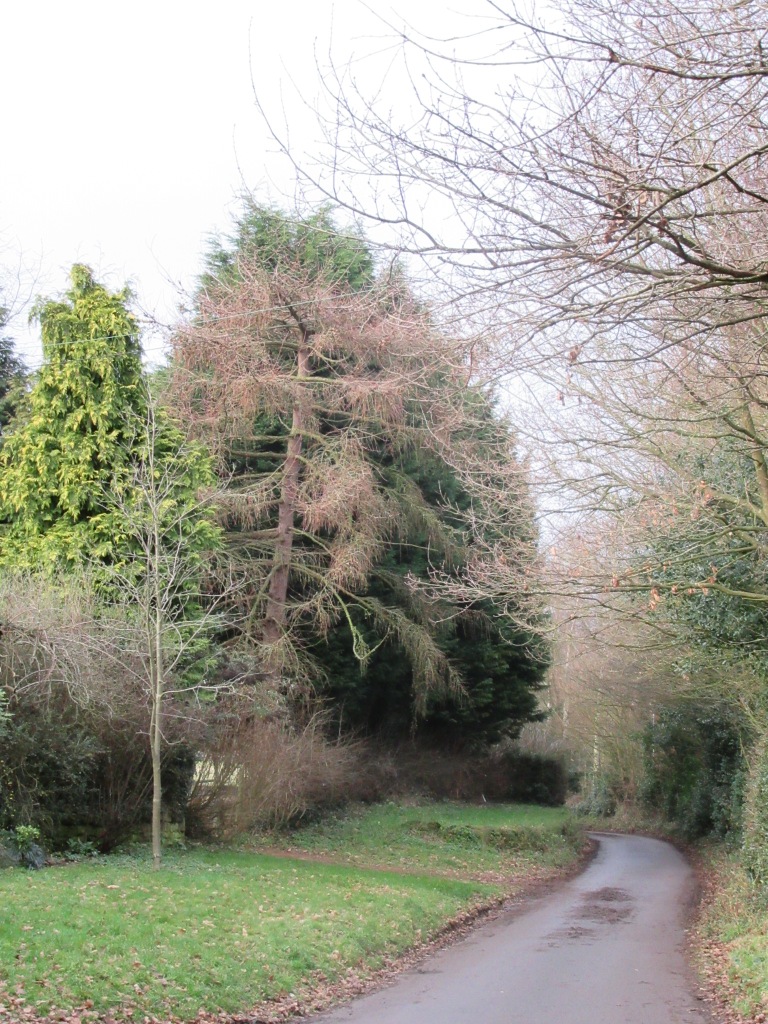 An English country lane. We saw a fat grey squirrel leap from the bare twigs of a tree on the right hand side of the road into the large pine tree opposite, very athletic! Such a contrast between the lush green conifers on the left and the bare-twigged hawthorns on the right. We were accompanied by a robin we saw a few times down this lane, but he was a little camera-shy, he kept flying off before I could take his photo.

Some farm animals on a smallholding, the grey goose did not like our presence one little bit! 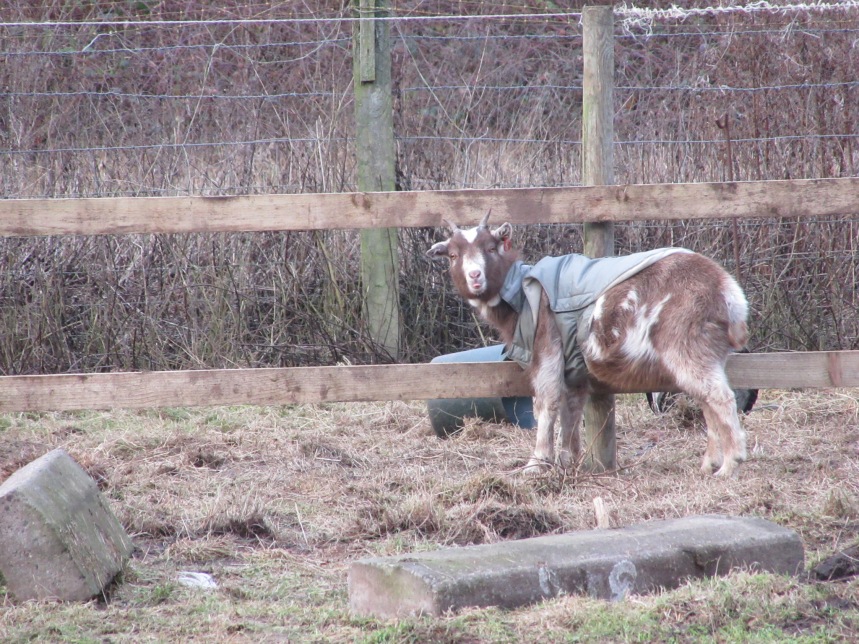 This poor goat was looking at us and bleating the whole time, both when we passed the first time and again an hour later. Then we realised it was in exactly the same position. It was clearly quite distressed and we realised it was tethered so tightly it could neither turn around, lie down or move in anyway from this position. I can’t stop thinking about how disstressed it was and how much stress there must be on its joints etc. having to remain in that position. There was no-one around to do anything about it.

When we retraced our steps exactly 12 months later, there was no sign of any of the animals, the land looked abandoned; they could have been in the out-buildings, but we heard no sound. 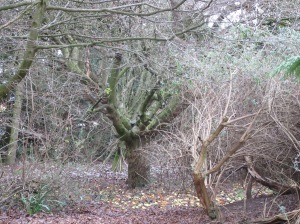 More crab apples! This time in a small woodland.

A lonely glove. This one’s for the Tom Hanks’ collection! Did you know he collects photos of discarded/lost gloves? 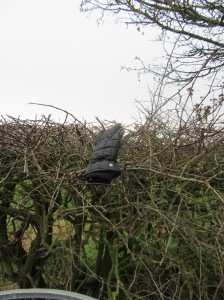 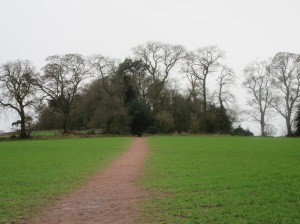 17 thoughts on “Monday Meditation: A January Day in the English Countryside”