Last year at this time, I posted photographs of a walk along the local lanes on a clear, warm January day in what turned out to be another mild winter.* This year, the weather couldn’t be more different. We had 7” of snow before Christmas, sub-zero temperatures and cowered under numerous storms as we shivered by the woodburner and gradually desiccated in the central heating. This past week has again been freezing and wet, and we’ve just had another two days of sleet and snow.

This particular afternoon, however, the wind abated, the rain stopped and the sun peeped out for a look-see, so we took the chance for some fresh air and exercise and decided to retrace our steps from the previous year.

There was so much mud, debris (squashed plastic water bottles and other litter blown hither and thither by the gales) – and horse manure – on the lanes and verges! But I spared you all that detritus and picked out as much green as I could. We didn’t see the animals on the smallholding, which seemed abandoned, but we did see some sheep. Here are the photos I took this time around: 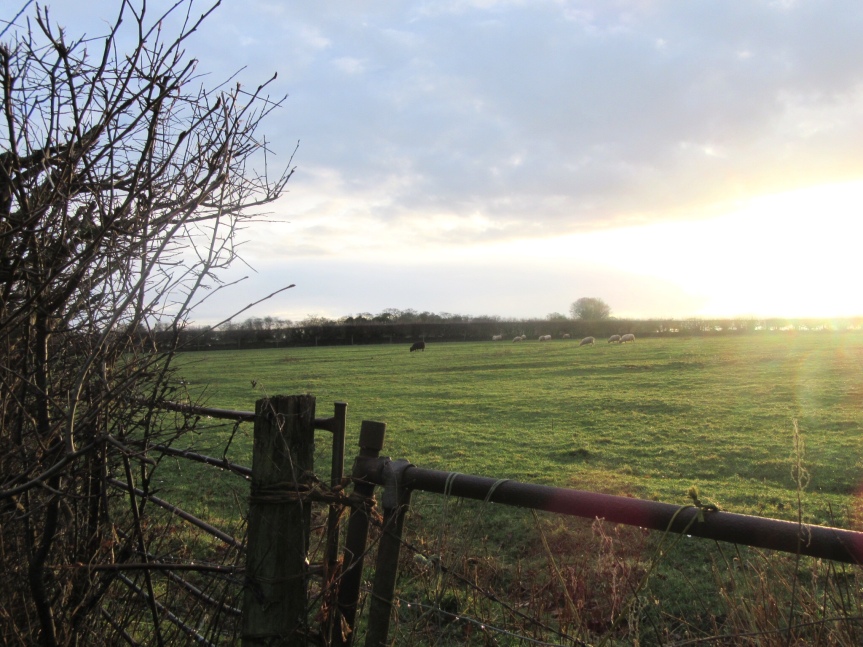 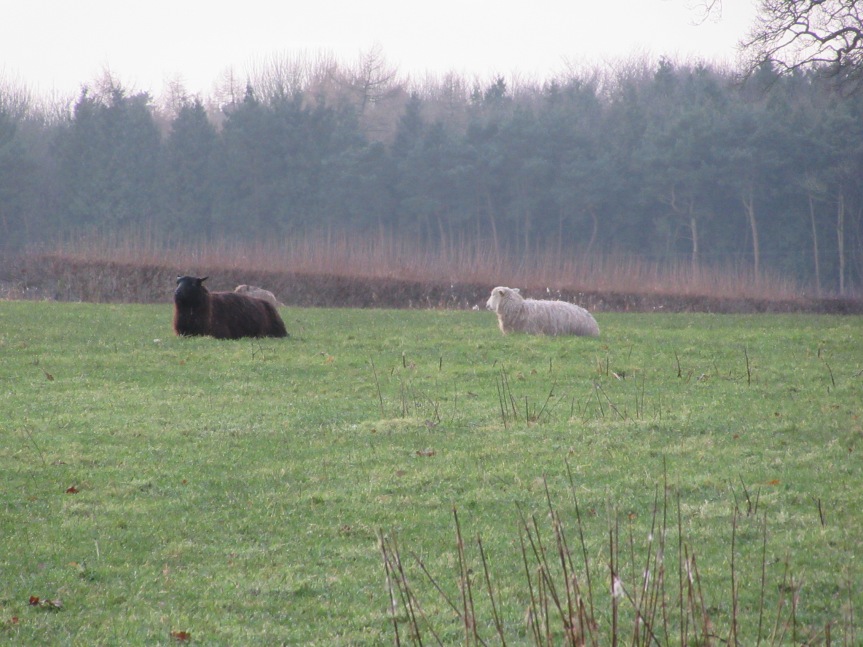 This proud wood pigeon wasn’t at all camera-shy, he posed for a very long time, allowing me to get the perfect picture, making sure I only caught his good side, though!

If you zoom right in on the next photo, you should be able to see a flash of orange just a little left of the tree trunk in the middle. This robin flitted about the whole length of the lane but was always in too much of a hurry to get a decent shot.

This squirrel on the other hand sat motionless for so long he could have been an ornament. He was so well camouflaged, much darker than all the other grey squirrels, it was a while before I realised he was there. We had met a friend of my husband’s and they stood chatting under this tree. I had my eyes skyward, looking for birds when I spotted him.

Do you remember the odd long pods that looked like suspended grey broad beans from last year’s post? This year, there were hardly any, those that were in evidence were shrivelled and black and much smaller, but there were many more of these pink, blossom-like flowers on the twigs. I still don’t know what it is.

From the colour of this sky, you wouldn’t believe we have had endless days of heavy dark cloud, rainstorms and winds strong enough to blow you along the street. My mum’s fence was blown down last week! It was so calm this afternoon, but cold enough to freeze your breath.

I think this is my favourite photograph from today.

It was such a refreshing break to be outside amongst the nature we are so privileged to have all around us. It is threatened, sadly, by endless new housing developments which have taken up all the open fields around the schools here. These views are on opposite sides of the lane we walked. The view on the right used to be the same as that on the left.

We make the most of it and appreciate it while we can.

*Monday Meditation: A January Day in the English Countryside