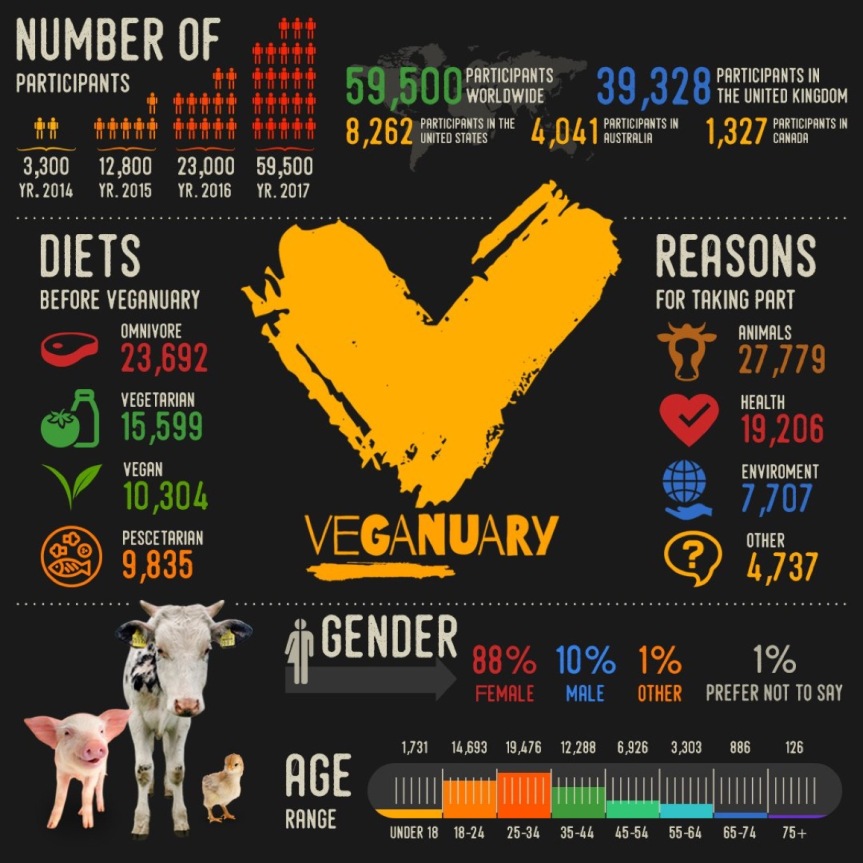 For anyone who read my post, Veganuary , or who participated by trying to go vegan for a month, I thought you might be interested in seeing this results graphic. This was their most successful sign-up yet since its inception in 2014 when a mere 3,300 signed up.

The statistics make interesting reading: the vast majority of participants were in the 18-44 age group which is encouraging, but probably not surprising. Veganism is the fastest growing social movement among young people at this time. They are also tech-savvy and more likely to have seen the campaign on social media.  However, I was most struck by the percentage of women who took part: 88%! I was expecting them to be in the majority, but not by quite such a margin.

Women have the greatest influence on the family diet and consequently their health, and in the education of their children, especially in their early, formative years, so this is also an encouraging statistic.

Another surprising but encouraging statistic is the large number of omnivores willing to try out a vegan lifestyle, I expected that the vast majority of participants would be vegetarians.

If you took part, well done! How did you get on?

Don’t forget, all the recipes on this site are vegan (and gluten-free). If you need more information on Becoming Vegan, look under that category in the Menu. Here are some links:

Where Do I Get My Calcium On A Vegan Diet?

Where Do I Get My Protein on a Vegan Diet?

Where Do I Get Iron on a Vegan Diet?

Where to Get Nutritional Advice for Young Vegans and Newbies 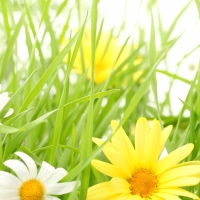