January has been designated Veganuary and even has its own website!

It was such a success last year that I think it is probably here to stay.

40,000 people have signed up to try being vegan for a month and the website is there to provide support, advice, product websites and tasty recipes for people wanting to increase the plant-based element of their diet and reduce meat and dairy.

Everyone has their own food journey, we are all at differing stages and are there for different reasons, whether it be health, ethics or environmental impact.

I am not about to go through all the whys and wherefores, others have done a much better job than I can, but I have decided to provide a Vegan category to house the information about being vegan if people wish to look it up. 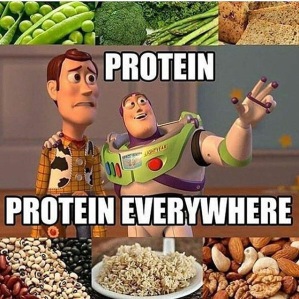 (Photo from The Vegan Community)

Recently, I published Hanna’s post Plant Powered New Year which was her response to a specific question about whether a diet containing meat would have an effect on psoriasis. Hanna suffered with appalling psoriasis and is now mostly vegan after ridding herself of the misery of itchy, inflamed skin through juicing and a plant-based diet. Hanna was quite forthright in her language, which may not appeal to some, but she has had a rough journey to where she stands now as a beautifully healthy, energetic young woman and has just had her first book published called ‘Radiant’. It includes her story along with beautiful photography and tasty recipes to help achieve the same results.

Today, I have decided to provide links not only to her post but also 3 others which take a more softly-softly approach and give a guiding hand to those just beginning to look into the subject of ‘going vegan’.

The first is Rachel at Healthy and Psyched: 5 Tips For Transitioning To Veganism where she is at pains to reduce the guilt element so often present in such articles. Rachel says basically that you are not a bad person because you unwittingly – or even wittingly – eat something that has dairy in it at a family party for instance, and my favourite is not to throw away all your make-up, which is expensive to replace and such a waste, and which is exactly what I did!

The second post is from Feminine Boutique Blog: How To Go Vegan in 4 Steps This post gives links to sites, YouTubers and books where you can find the information you crave and the support. It is short and there is nothing to scare the horses (pun intended!) It too is written in an easy-going style and isn’t at all ‘preachy’.

Another interesting post is from Our Green Nation: 2016’s Top 10 Vegan Moments which lists interesting topics such as the American government, scientists and doctors giving vegetarian and vegan diets the thumbs up as being healthy and suitable for any stage in life, while the latest American Nutritional Guidelines are the most vegetarian-friendly ever; they feature the Sainsbury’s ‘Gary’ vegan cheese furore and the members of the USA Olympic team who have plantbased diets including a weightlifter.

Finally, there is even a website for teenage vegetarians and vegans: http://www.teenvgn.com It is a great site, describing iteslf as a social network for teen vegetarians and vegans, providing a safe place for 12-19 year olds to obtain information, recipes and exchange ideas. They even run a summer camp every year full of activities for 11 a 17 year olds. They encourage volunteering and put together care boxes for homeless people in local areas. They are sponsored by several reputable companies and supported by The Raw Chocolate Company.

Going vegan doesn’t mean going boring! There are many websites and Instagram accounts with colourful, balanced vegan recipes. You can also check out the vegan recipes in my menu.

The Vegan Society will provide answers to most of your questions. 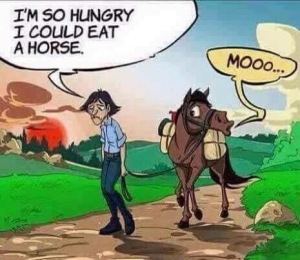