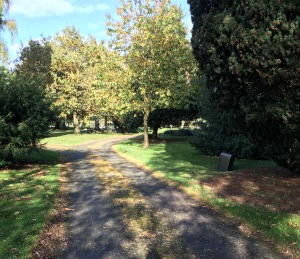 I lost a dear friend last week, she had just turned 103 and I have been thinking about The End a lot.* Until relatively recently, we used to share a daily short walk, which inevitably reached its halfway point at the cemetery where her husband’s memorial stone stands and my dad’s tree lives. She, too, has now left her physical form, but whenever I go on that walk, I shall be thinking of her when I visit her husband and my dad’s tree. I am continuing our walks, I will visit her, too, when she joins her husband, and have a chat. I will tell her about the latest exploits of my grandsons, about whom she always inquired. There is no ending yet.

Her house is being sorted, her clothes given away, but her possessions will have a new life with others and so too will the house. It will be renovated and look spanking new again, ready to enter its new era. And it will contain all the memories created there by her and her family, who have occupied it for over half a century. There is no ending here.

I visited Barbara on her birthday a few days before she died. She was half-sitting in bed. She hadn’t seen me for quite a while as she had a fall on the stairs in the autumn and then developed a chest infection. Her sight had deteriorated and I was wearing a different coat, with a black scarf around my neck. She hardly knew me. I helped her open the card I had written for her, in which I had mentioned my grandsons in case I didn’t get to talk to her that day. Things began to come clearer at the mention of the boys’ names and now she knew who I was. I sat with her while her daughter had a break to make some calls. She looked tiny and frail. She was not happy. I asked her what the ETA was on her being up and about again. She grimaced and looked towards her daughter and her carer, whispering that they wouldn’t let her attempt to walk up and down the hall with her walker. She said, ‘You don’t get better lying in bed!’

She was right of course. She had such spirit, such determination. Her daughter told me after her mum had slipped away in her sleep that she knew her mum had somehow got herself out of bed a few nights before and she had found her in the hall by the radiator because she was cold. She had got there without her walker.

Three days before Barbara died, this heron came to visit on her roof. 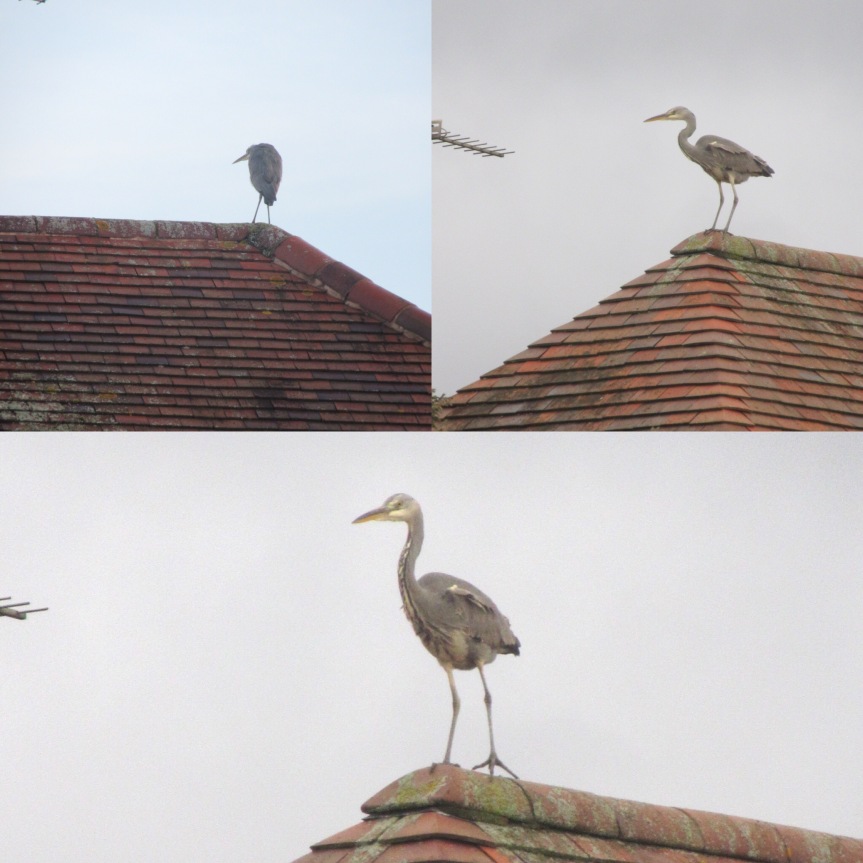 A few years ago, in her 90s, Barbara broke her hip. The authorities wanted her to stay in hospital and then go to a care home. She was having none of it. She insisted they send her home. We all feared the worst, that she would never manage and would injure herself or catch an infection. We should have known better. Up to that point, she was still weeding her own garden, going to the shops, to church and to the hairdresser, she was a member of the Townswomen’s Guild and held a coffee morning every Thursday. There was to be no ending because of a pesky broken hip!

Every winter she developed a chest infection and we all shook our heads and thought she was unlikely to survive the winter. Barbara had other ideas. 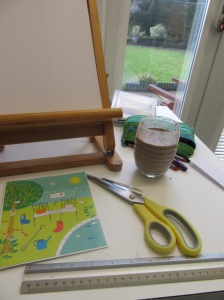 The day before she left us, I had decided to make some cards. Barbara and I had established a tradition of sending each other notecards when one or other of us – often both – were confined to barracks – in my case when my back had given up the ghost. I had run out of cards with the one I sent just before Christmas. This time I chose a picture that was an image of a garden, as she loved hers. I had no idea I would be sending it as a sympathy card next day. I happened to take the photo to write about the smoothie I was having at the time. I had no idea it would be featuring in her eulogy. I finished the card, and sent it on its way to convey my thoughts and some memories to her family. No ending here either. Barbara’s daughter has found all the cards I sent to her mum and is going to let me have them. I will be able to relive the memories I shared with her, of my family as they grew, and smile at her own quips in response.

I am sad for her daughters and son, I am sad that I will no longer look over at her windows when I get up to check her curtains are open, or see her with her carer slowly taking her afternoon stroll, stopping to chat to the schoolchildren as they hurtled past. But I know she was not happy at being confined to bed. She was rapidly losing her strength (she wasn’t eating), and was adamant she didn’t want to go into the local Cottage Care Home. She was relieved to have her daughter back staying with her, from her home on the Continent, and she was ready to go.

But there is no End here. So many people looked out for her. She was loved by all her neighbours, a few of whom had known her for several decades, us included. Her death has brought us all together, we are all talking about her as we pass in the street. Some of us are used to seeing each other in passing and saying ‘good morning’ or commenting on the weather, but haven’t really got to know each other. Barbara has brought this small community even closer by our common bond of friendship with this tiny, frail-looking woman who was as strong as steel and insisted we all – young and not so young – call her by her first name.

The rain has stopped and the wind has dropped, I’m off to put on my coat and boots. I will wave to Barbara’s daughter and if I have the chance, I’ll invite her over for a cup of tea and a change of scenery. She looks so tired. Having only exchanged a few remarks when she has thanked me for writing to her mum, we are getting to know each other a bit more. There is no ending here.

Au revoir, Barbara. You continue to be an inspiration and I am grateful you came into my life. Thank you for all the walks and the memories.